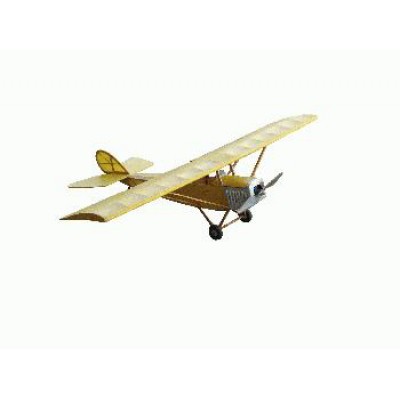 In 1921 the Sperry Aircraft Company produced a thick cantilever monoplane wing which was specifically designed to be interchangeable between the U.S. Curtiss Jenny, and Canadian Curtiss Canuck, advancing these bi-planes to state-of-the-art monoplanes. The wing was internally braced, in one piece and completely free of external bracing wires. Construction used stout cross section spars giving the wing a safety factor of 15 before failure. The high efficiency of the wing and reduced drag over the wire braced biplane configuration, provided significantly improved performance.The BMJR kit was inspired by an FAC Peanut by Doc Martin flown at Palm Bay and a construction article by Dave Lindstrum published in the Sept. 1995 issue of Model builder Magazine. Model has a 30" wingspan and 187 sq. in area, is intended for electric power, with full 4 channel control with a wing loading of about 7 oz / sq ft.  Originally designed around an EPU-3  brushed motor (no longer available) we recommend the HC-2208 brushless (M-112) and Talon 15 Speed Control (C-M-111).  3 micro servos (HS-55) are required. 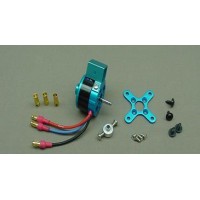