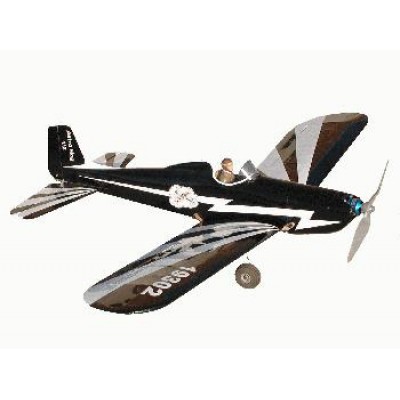 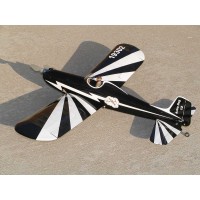 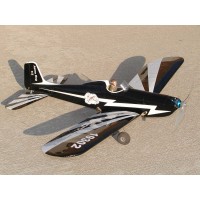 Prior to the Astro-Hog, by Fred Dunn and published in the April 1958 issue of MAN, radio controlled models were all high wing designs. Consensus of the R/C flyers at the time was that low wingers were doomed and would never be suitable for R/C use. But with the introduction of multi-channel radio equipment featuring simultaneous control, ailerons were the answer. The Astro-Hog opened the door for performing complex maneuvers like slow rolls, four point rolls, and inverted flight. The design was reported to be aerodynamically sound and structurally capable of withstanding any normal abuse. It was also reported that the number of flights per crackup was increasing with the Astro-Hog which led many builders to add extra finishing details to their models. At 36" span the BMJR Astro-Hog is half size of the original 72", and is truly a model of a model. With brushless electric power, and wing area 194 sq. in. and a flying weight in the 17oz range, its flight characteristic has proven to be excellent, and following the original structural design has produced a substantial airframe. Recommended power is the HC-2808 (M-110) or with Talon 15 Speed Control (C-M-110). 4 Micro Servos (HS-55), and a servo Y harness (P-1460) are also required. 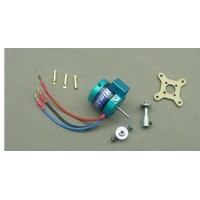