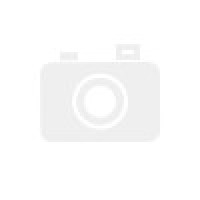 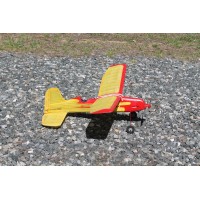 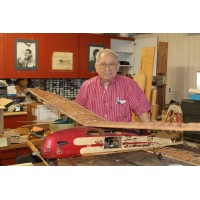 ~~The BMJR Electron-46 has a 46” span with 333 sq. in. area. Flying weight of ours is 24 ½ oz with a 3/1000 LiPo. The BMJR kit is based on Norm Rosenstock’s  Electron which was the 1st RC model to be published in Flying Models, December, 1950. Original model had a 60” span and 10” chord, powered by a 2.5cc Annco Diesel. In 1949 Norm designed an RC receiver with all the components on one-side of the board allowing mounting flat on foam rubber. Other receiv-er's at the time had components on both sides requiring them to be suspended in the cabin with rubber bands. “I then designed the "ELECTRON", which took advantage of this new receiver mounting and broke the trend of FAT airplanes”. Between Sept, 2015 and March 2016 we restored the original which was then turned over to the AMA Museum. 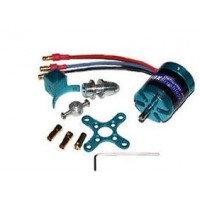