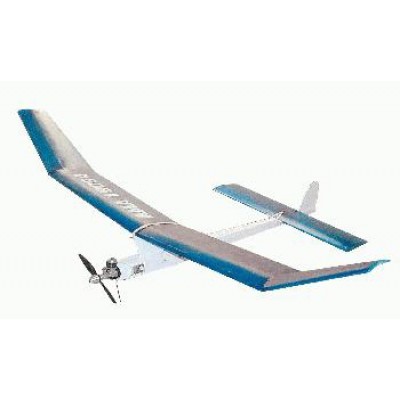 The Jaysbird was designed by Vic Jays of England for FAI competition in 1956, published in the 1957-58 Zaic Yearbook, was approved for nostalgia competition in 1992, and voted NFFS power model of the year in 1996. The 1/2A version presented here is based on work and plan by Frank Parmenter in 1992. The long tail moment, rear-mounted rudder, and geodesic wing construction asre features found today on AMA power models. In fact there was an attempt to ban the design as being too modern for Nostalgia. With a 45" wingspan and 250 sq.in. of area the Jaysbird is great for both 1/2A and small A engines.